Today is Flag Day, a day set aside by these United States to honor the American Flag for its history and what it represents.

The tradition of Flag Day began in 1886 with Bernard Cigrand, who proposed a celebration of the American Flag on the nation's birthday of June 14. The observance became officially adopted by the U.S. government in 1949.

It is widely held that the first American Flag of 13 stars and 13 red and white stripes was made by a Navy seamstress named Betsy Ross. The 13 stars and stripes represented the first 13 states of the new Union. Today, there are 50 stars to represent the 50 states that now make up the U.S., while the 13 stripes have been retained, echoing back to the beginning roots of this great nation.

Ways to observe this patriotic day is to attend Flag-raising ceremonies and Flag Day services, display the Flag outside your home, or engage in fun activities with children teaching them the history and significance of the Flag. It is a great opportunity to reintroduce and teach many great civic values and traditions. It is a great addition to holidays such as the Fourth of July. In fact, Flag Day begins the 21-day observance of the Honor America Days, which leads up to July 4.

Furthermore, there are many ways to display the American Flag. It is popular for the Flag to be displayed on T-shirts and caps or hung on cars or motorcycles. The Flag can be displayed on many types of clothing and even on stickers and magnets for computers, refrigerators and many other gadgets and appliances.

If you love everything with stars and stripes, take a look at our Patriot Leg Lifter. 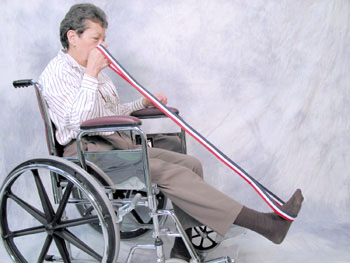 Sign Up for exclusive updates, new arrivals
and insider-only discounts